The Very Rev. Kwesi Nkum Wilson (PhD), has a very rich background in Methodism and for that matter Christianity and education in Ghana. He serves as an advisor to the Guidance and Counselling Unit of the Ghana Education Service (GES), and is a member of the Technical Working Group (TWG) on the Safe School Project being undertaken by GES. He has run series of workshops for educational institutions in Ghana. In August 2019, he was the Speaker for a Public Lecture organised by the Ghana Psychological Association (GPA), at the British Council Hall, Accra. The title of paper presented was “Attaining Quality Education: Untying the Knotty Issues”

At Winneba, he was elected the Secretary, Fellowship of the Kingdom (Methodist Ministers), Winneba Diocese, 2013-2016. He was appointed the Assistant Journal Secretary (2011), by the Diocese as well as Letter Writer. Since 2016 Kwesi has been a member of the Methodist church Ghana Conference.

The Very Rev. Kwesi Nkum Wilson was among a group of 15 young men and women selected by the British Council to undergo Interactive leadership training activities in Mauritius in 2016 and it is instructive to note that all of them are now occupying responsible leadership positions in Ghana. He is a Certified Life Coach with International exposure. Kwesi is an alumnus of International Leadership Foundation (ILF)

He is an external Assessor/Examiner for a number of Universities and Technical Universities, as well as Accreditation Member for the National Accreditation Board (NAB) and Ghana Psychology Council. He was the Chairman for the Local Organizing Committee, 12THISSBD African Regional Workshop, November 2017 held at UEW. He chaired the University Chaplaincy Board for six years and a Member, Local Organising Committee (LOC), the 3rd International Multi-Disciplinary Conference (IMCfPS), organised by the GRASAG-UEW. Member: Ghana Education Service’s Technical Working Group (TWG), developing a Resource Package for the promotion of Safe Environment for teaching and learning in School. Member: Interim Executive Committee, Counsellors Association of Ghana (CAGH) 2016-date. Member: University Timetable Committee (Chaired on Various times). He has supervised over 150 undergraduate long essays, over 94 PGDE/M.Ed./M.Phil. and four PhD theses. He has published over 25 articles in Local and International Journals.

Rev Wilson recently participated in Conference on Educational Leadership: A Dutch-Ghanaian perspective. Organised by The Hague University of Applied Sciences and the Universities of Ghana Overseas Office (UGOO), 16-19th September, 2019, The Hague Netherlands as well as the International Society for the Study of Behavioural Development (ISSBD) research methodology skills training workshop held at the University of Zimbabwe (Harare) from 19-22nd August 2019 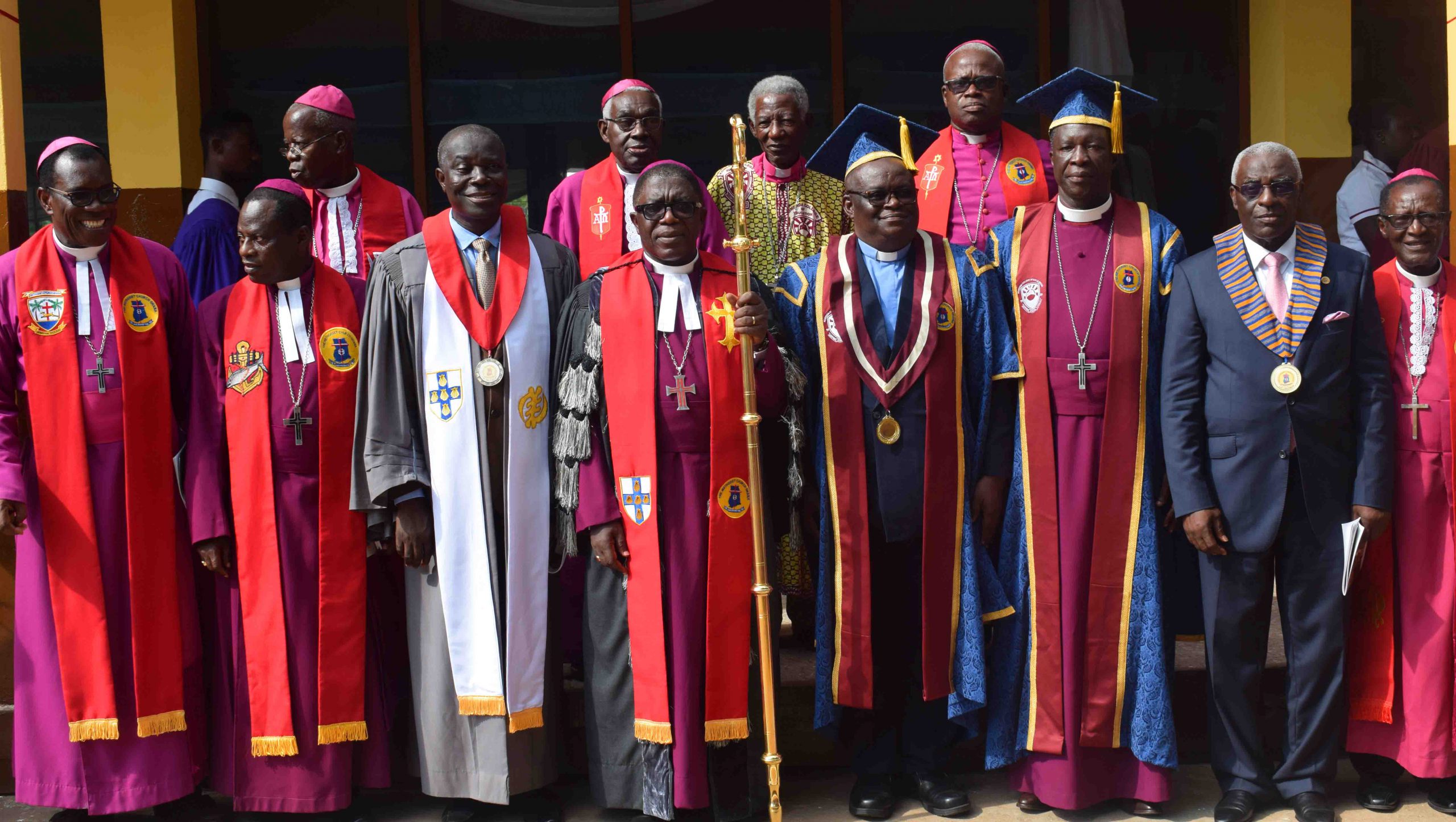 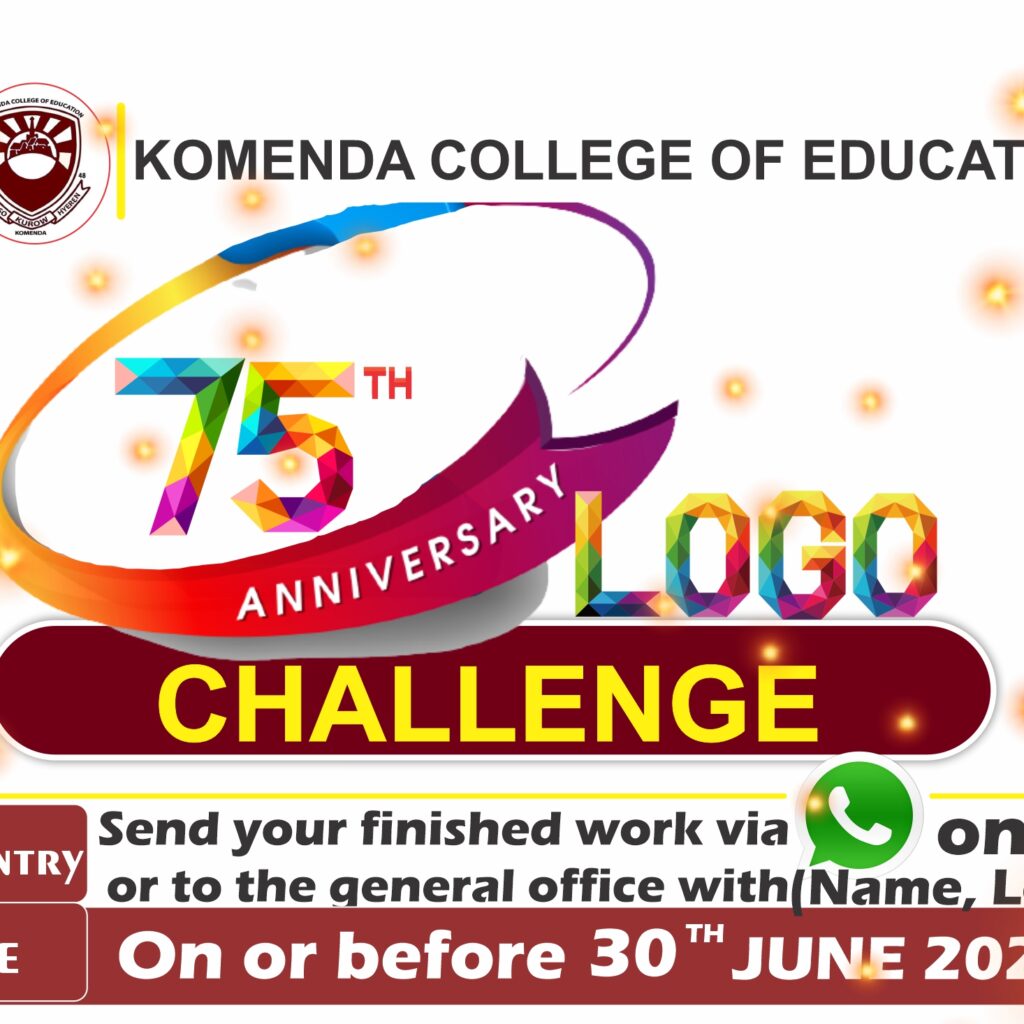 lt is advertised for the student populace to partake in a logo Challenge for the commemoration of Komenco @75 anniversary celebration. Students are encouraged to design the logo with the...
Read More 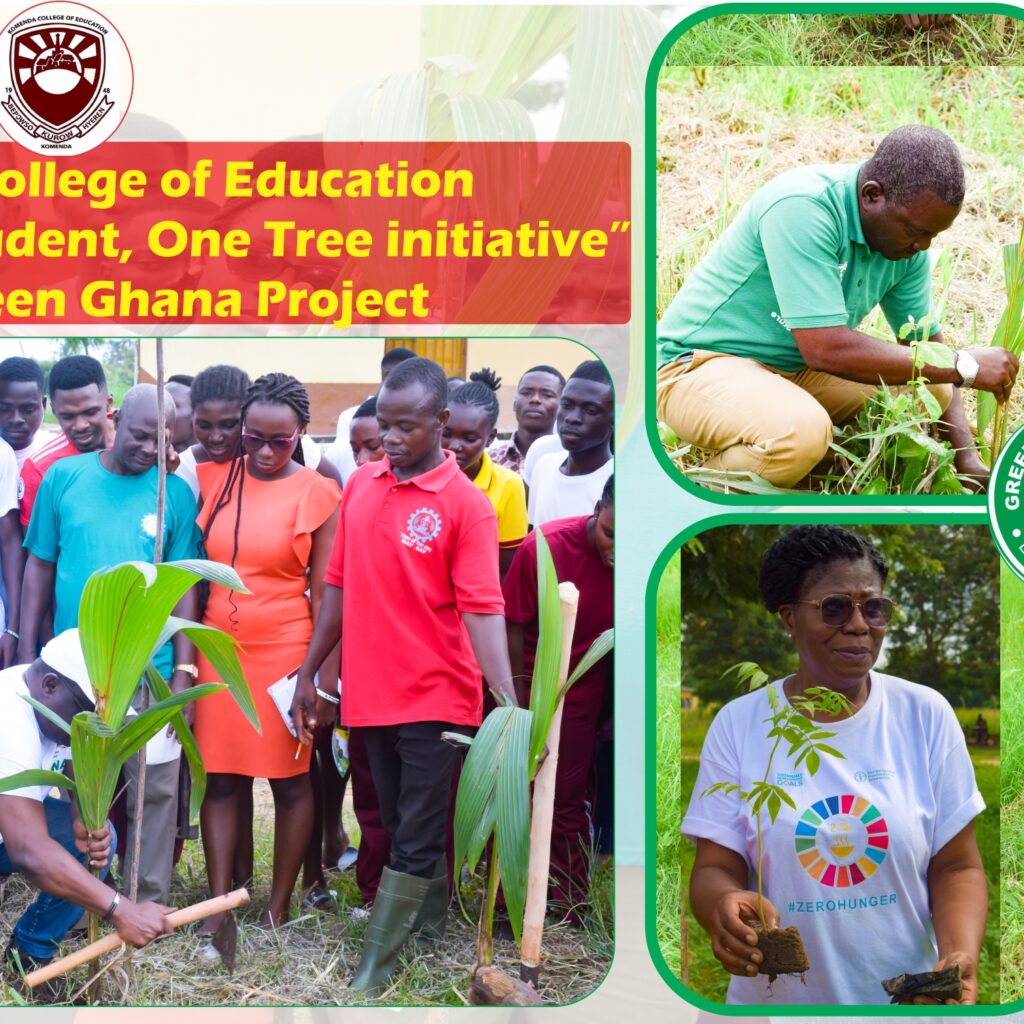 Komenda College of Education Lunches “One Student, One Tree Initiative

Komenda College of Education Lunches “One Student, One Tree Initiative Under the Green Ghana Project “When the last tree dies, the last man dies”. This saying is one of the...
Read More 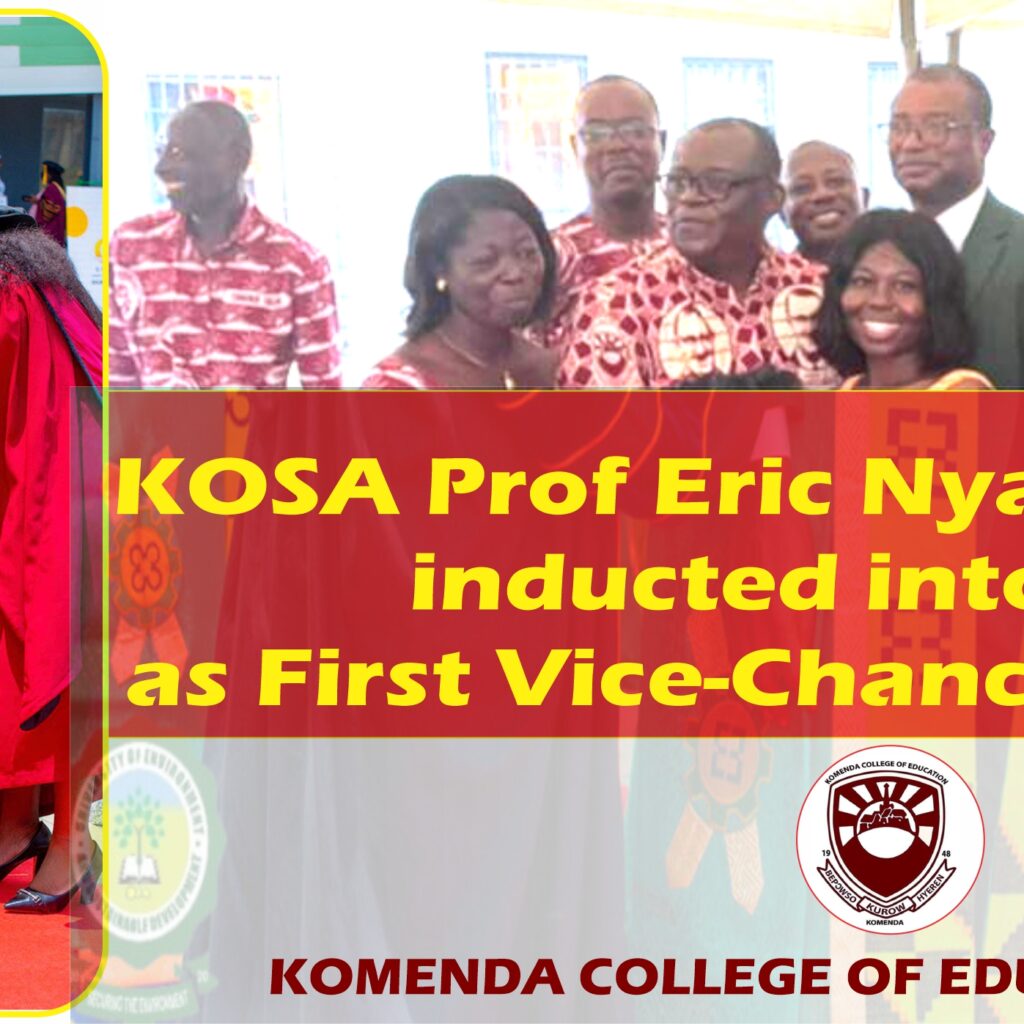 Prof. Eric Nyarko-Sampson has been formally sworn in as the first Vice-Chancellor of the University of Environment and Sustainable Development, (UESD) situated at Somanya in the Eastern Region. This took...
Read More
Scroll Up