Skip to content
+233(0)3321-91768enquiry@komendacollege.edu.gh
Recent posts
The Government has cut sod for the construction of 300-bed hostel in Komenda College of Education Early Grade Student Association OFFICE ADMIN. AND MANAGEMENT WORKSHOP
LMS
Rev. Kwesi Nkum Wilson(PhD)
Family Background-Genealogy
The Rev Kwesi Nkum Wilson (PhD), was born in Agona Swedru in the Central Region of Ghana on 14th June 1970. His parents are the late Very Rev Joseph Wilson ‘B’ and Mrs. Ivy Wilson (néé Baiden). The Very Rev. Kwesi Nkum Wilson (PhD), has a very rich background in Methodism and for that matter Christianity and education in Ghana. Maternally he is a direct great grandson of Mr. Thomas B. Crentsil (Okra Kwaa), a former regent of Saltpond and a renowned merchant of the Gold Coast, he was also the first Circuit Steward of the then Saltpond and Anomabo Circuit of the Gold Coast District of the Methodist Church. Mr. Crentsil, is known to have bought a silver trowel for the foundation stone laying of the magnificent twin tower edifice of the Wesley Chapel at Saltpond on 26th December 1910. His maternal grandfather is the fearless Venerable Jacob Eduam Baiden (1881-1977), the first editor of the Ashanti Pioneer in 1941, the second African District Grandmaster of the Gold Coast Odd Fellows. Mr. Jacob Eduam Baiden and Mr J. B Danquah worked together to raise funds for the establishment of the University of Ghana. Paternally, Rev Wilson is a direct descendant of Rev Akwaise of Nanaanom-pow fame, one of the early indigenes to be ordained as ministers of the Gold Coast Methodism. Rev Akwaise’s nephew the Very Rev James Reynolds (1859-1938) was also ordained as a Minister of the Wesleyan Mission and he served Apam and Winneba Circuits among other stations. Rev Reynolds nephew was the Very Rev Joseph Wilson ‘A’, (1888-1980), Rev Wilson ‘A’, is reputed to have built lots of schools wherever he served as a minister. Rev Wilson ‘A’, begat Rev Joseph Wilson ‘B’ (1925-2006).
Married life
Very Rev Wilson is a conservative family man. He got married to Efua Koma Wilson (néé Addo) in May 2001, at Wesley Cathedral Cape Coast. Mrs Wilson is a teacher at the Aldergate Methodist School, Komenda. The marriage is blessed with Kweku Mbora Adiepena (University of Cape Coast, Cape Coast), Ewurabena Obemba (Mfantseman Girls, Saltpond), and Ekua Yeborba (Entsua-Mensah Preparatory School. Komenda).
Call into the Ministry
The call into the ministry was a difficult one. After a long personal and spiritual struggle, Rev Wilson turned down lectureship appointment from the University of Cape Coast to full time Ministry. From childhood experiences in the Manse, especially Sunday School services from Cape Coast Siwdu, through Elmina to Essikadu, Rev Wilson has had personal experiences with his maker. At Fijai, he was the President of the Scripture Union. At the University of Cape Coast, Kwesi’s work with Ghana Methodist Students’ Union (GHAMSU) was very noticeable; for three years, he was the organising secretary. When pursuing his graduate studies, he was also appointed as the welfare officer for UCC Ghamsu. In 1996 Rev Wilson wrote and passed the Local Preacher’s Examination. Kwesi worked closely with the late Prof. Kwesi Akwansa Andam (the former VC of KNUST) to organise the Teens and Twenties Camp between 1994-1998. With this experience, he and other young people re-organised the Methodist Youth Fellowship at Saltpond in 1995. When posted to Asiakwa in 1997, Kwesi’s involvement in the Church’s work was phenomenal. He was a full Local Preacher, a Leader, Sunday School Superintendent, MYF Executive Member, Harvest Committee Chairman, ‘professional chairman’ of every day-born harvest and organisational anniversaries. In 1998 when the Osiem Section was carved from the Kukuruntumi Circuit, young Kwesi was elected the Circuit Choir President, Secretary of MYF among other responsibilities. Having been active in the Lord’s vineyard, it did not surprise many when in 2004 he resigned his position at the University of Cape Coast and enrolled at the Trinity Theological Seminary to be formed into the ordained ministry within the Methodist Church Ghana.
Ministerial Itinerary
Having been commissioned on Sunday 24th June 2007, at the Wesley Cathedral, Sekondi, Rev Wilson was stationed at the Komenda College of Education as a Tutor and a Chaplain, with oversight responsibility over societies at Abrobiano and Kafodzidzi within the Komenda Circuit of the Methodist Church Ghana. In August 2008, Kwesi was employed by the University of Education, Winneba (UEW) as a lecturer, he was therefore stationed at Gomoa Idankrom/Jukwa in the Gomoa Manso Circuit of the Methodist Church Ghana, with oversight responsibility over Gomoa Idankrom, Gomoa Mangoase and Gomoa Awomberew. He was transferred to Winneba Circuit in July 2011and was given responsibility of the William Degraft Memorial Society, Wonsom and the then Colecraft’s House Nursery Society (now Charles Awotwi Pratt Society). In 2012, he was appointed the Chaplain of Ghamsu UEW as well as the University Chaplain. He combined all these responsibilities till he left UEW in May 2019. Earlier he had assisted Awotwi Pratt Society to plant a Society at Osobonpanyin. In 2014, Rev Wilson was also appointed the patron of the Winneba Circuit Guild. Rev Wilson has since 2011 has been teaching Pastoral Care and Counselling for ministerial students on the Theological Education by Extension (TEE) programme, organised by the Methodist Church Ghana and the Trinity Theological Seminary.
CHILDHOOD AND EDUCATION WORKING LIFE LEADERSHIP PUBLICATIONS SEMINARS/CONFERENCES ATTENDED 2021/2022 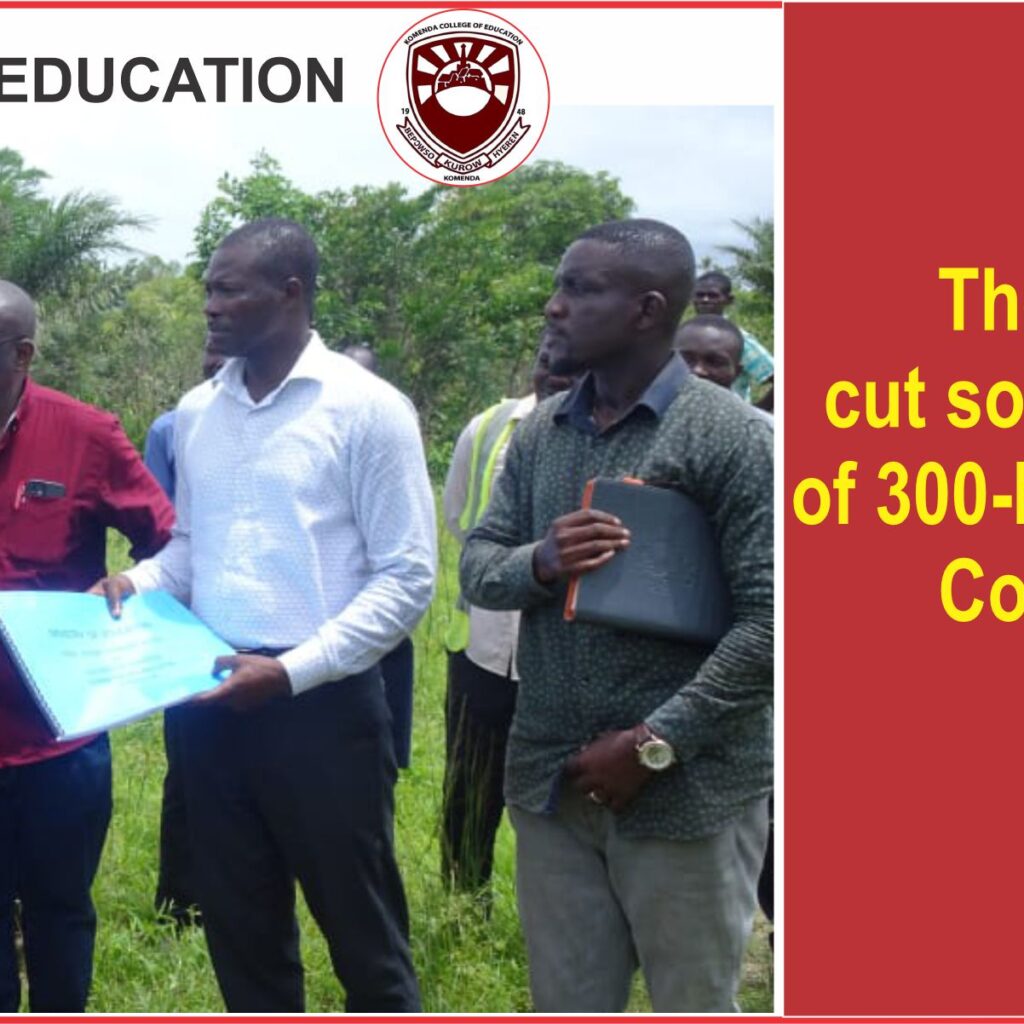 The Government has started cutting sod for the construction of 300-bed hostel blocks in all the 46 Colleges of Education. The project is expected to start from the 1st of...
Read More 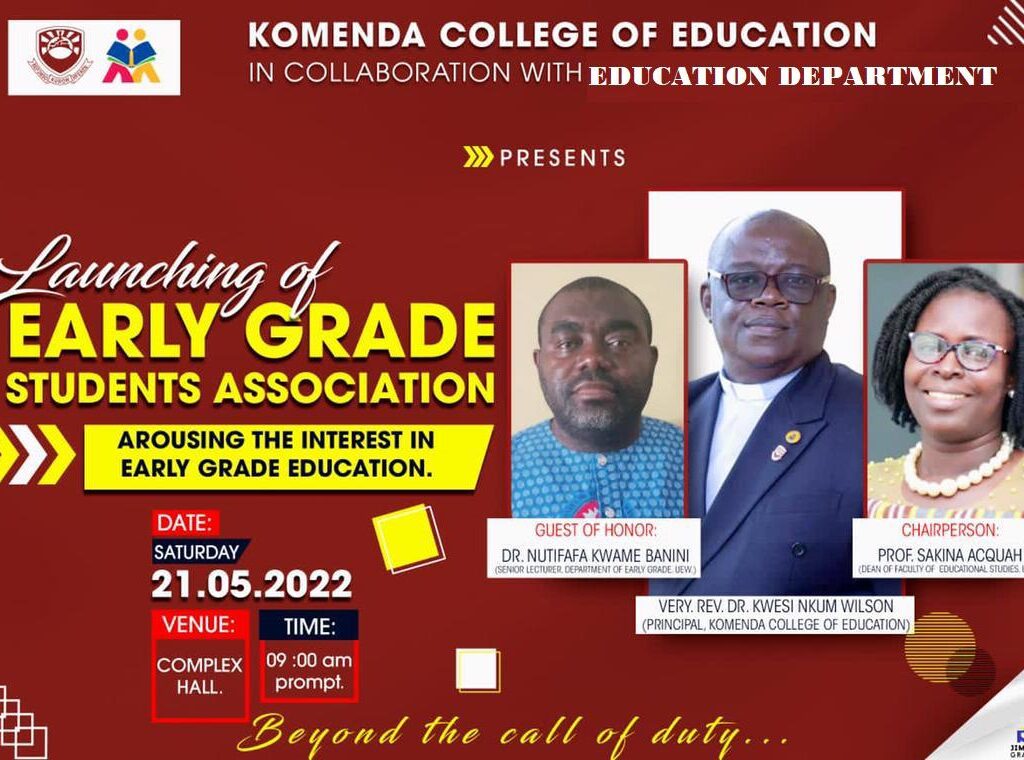 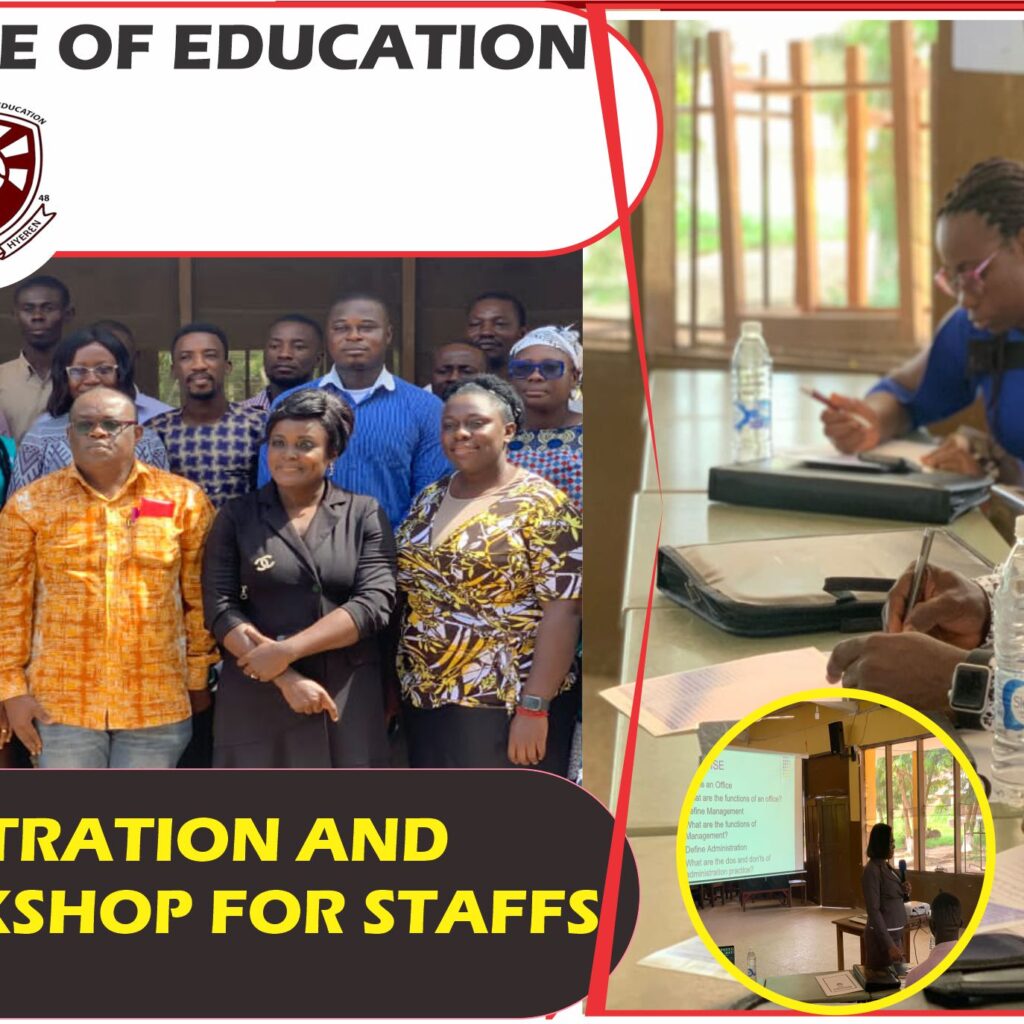