On Monday, 8th March, 2021, Komenda College of Education held a Send-Off Ceremony for four (4) members of staff who retired from active service in 2019 and 2020. 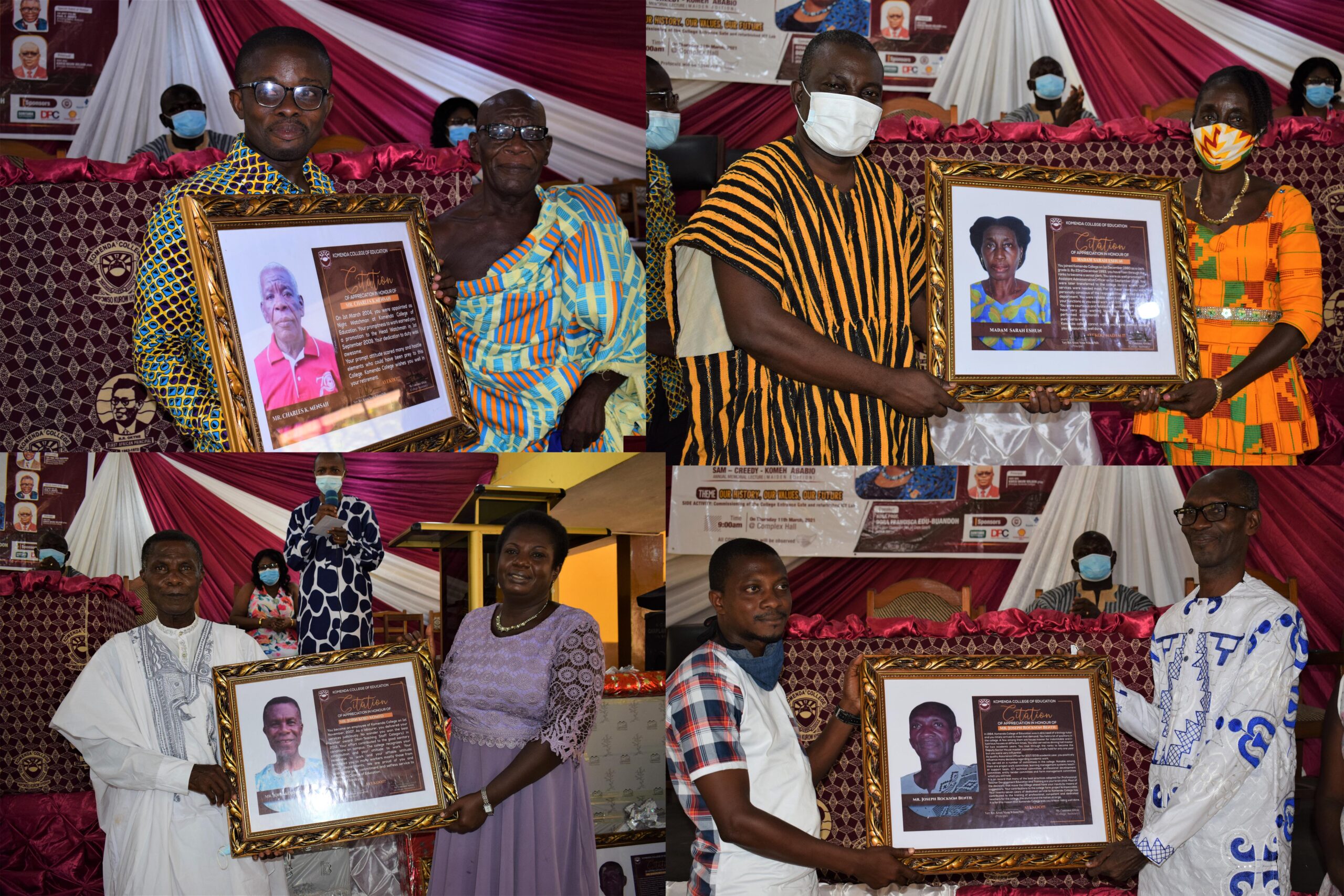 The programme was held in two parts: the retirement service at the Conference Hall and a farewell refreshment at the College beach. Retirees, their families, staff, students and other well-wishers graced the occasion with lots of memories from the hard work of the retired staff.

Speaking at the service, the Chairman for the ceremony, Mr. Patrick Ebenezer Enstua-Mensah Snr., expressed how fortunate he was to be part of the retirement recognition and congratulated the retirees for their dedicated and productive services to the College. He further called on all staff in active service to emulate the good works of the retired staff by playing their respective roles towards the successful achievements of the College for future recognition.

Mr. Samuel Kow Parker, the Vice Principal of the College and the Chairman for Retirees Send-Off Committee, sharing his thoughts at the ceremony stated that “A country that does not honour her heroes is not worth dying for”. Speaking on behalf of the Principal, Very Rev. Kwesi Nkum Wilson (PhD) he emphasized that the College upholds in high esteem the culture of appreciating and honouring her retirees for their long service and valuable contributions to the growth of the College, hence the colourful ceremony.

Mr. Joseph Rockson Bentil, a retiree from the Science Department on behalf of the retirees, thanked the College for the opportunity to serve in various capacities. Overwhelmed by the gifts, he extended his heartfelt gratitude on behalf of the group to Management for acknowledging the services they rendered. According to him, a call for service is an opportunity from God that demands accountability and attracts the right blessings if done well. He then entreated all staff to “serveand serve well” as he assured the College of their continual loyalty and support.

The Vice Principal implored them to take good care of themselves while they depart from active services of the College.

Some members of the College Community extended pleasantries with the retirees and wished them well in their future engagements.